On Friday the 10th of October 2014 the year sixes and me went to Ryedale school to do a football match against 4 other schools named St Benedict’s, Kirkbymoorside, Nawton and Helmsley. There was a girls and a boys tournament we only entered the girls because we only had a girls team.

Out of those four games we played, we scored five goals and came 3rd! The best we’ve ever done! Lilli says “I enjoyed it very much and we could not have played better.” Nancy says, “we performed very well considering that we don’t have a large selection of children to play.” 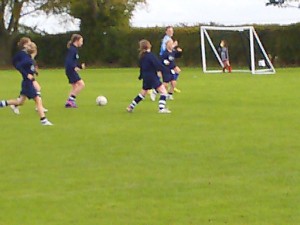