On Thursday 31th of January the photographer came in to take pictures of us doing about kings and queens! He also took pictures of us with our homework crowns. We all posed for our pictures to be taken and made our shields into a wall next to Ed’s brilliant castle. Here are two of the photos of the man taking the photos! 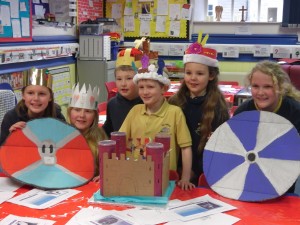 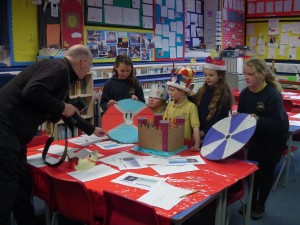 Tim Peake is on the International space station up in space.There are rocket seeds up there with him and  all the schools around the world can get some seeds and plant them. There are selections of different seeds to grow, some have been in space others stayed on earth. Also people can compare the moon seeds to our normal seeds at home or at school, also I think Tim Peake has had a very good time so far for his first time up in space.

On Friday 25th of January 2016 the year 5s/6s went to Ampleforth Collage to watch a musical put together by the pupils. (I think.) It was very long and the place we were in was cold but the singing and performing  was BRILLIANT!

You could see that they were very good and had practised a lot. Most of them were very clear when singing.

It was set on a boat and they all had a American accent except 1 who was meant to be the classical English character. So there costumes were very sparkly and smart. Nearly every time they came on they were wearing a different outfit.

In the interval we had yummy ice cream some one managed to get it on her eyebrow.(Not mentioning any names.)

Emilia says: It was a fantastic day and the acts were brilliant.

Esme says : that the singing was fantastic  and acting was outstanding !

It was an amazing opportunity I hope others can do it next time.

Thank you Ampleforth Collage for you performance of Anything Goes.

The juniors did colour wheels we used the primary colours: red, blue and yellow to make all of the other colours from dark to light.
We used paints, pastels and pencil crayons. This is one of the colour wheels: 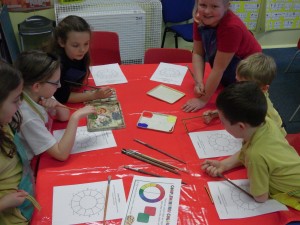 In school we are starting lent early this year because Easter is now on March 27th. At school we have a school lent bag that we pass around every night so people can look at what is inside it. The colour that represents Easter is purple.

During Lent people can give up something to remember the 40 days that Jesus spent in the desert. Many people around the world start Lent on Shrove Tuesday by making pancakes to use up ingredients before they start their fast.

We went to a dodge ball competition at Ryedale School.  Some of the year 3 and 4’s went to enjoy dodge ball. It was fun  and entertaining. We did really well and had a good time.

Recently we have been set a new homework sheet about kings and Queens and one of them is to make a castle we’ve had shoe boxes to gingerbread castles and I wont even mention about all the different crowns that have been created, so if you think your not up to date with your homework check out the page.