On Thursday the 9th July it was the annual Gillamoor school sports day.

There was lots  of different races which involved many different techniques and skills. Some of the races inluded egg and spoon, beanbag on a head, skipping and lots more. It was a fun day for children and adults alike, there was even a staff race in which we saw the slightly competitive side to some of our teachers!

By Nancy and Minnie.

On 18th of June the whole school went to St. Hilda’s Ampleforth to participate in a maths day with Hovingham and St. Hilda’s. For the first session the year 5s and 6s did an activity on problem solving which made us think alot. After that we commuted into the hall to take part in a puzzles session, the puzzles proved challenging for pupils and the teachers. Orienteering was our next activity which helped us improve on our map reading skills. And after a short P.E session with Mr. Mullholland we went back to Gillamoor after an exellent day.

On Tuesday 9th June 2015, a man called Mr Bates came in to show us a different a type of science it was called forensic science. There had been an imaginary aggravated burglary one night after school, the burglars were trying to steal some computers, but the new caretaker Lenny heard them and came to see. Unfortunately he was attacked and our job was to find out who did it! We had to find a series of clues or evidence that they might have left such as: a weapon, chewing gum, can, finger prints, blood, shoe print and broken reflector. We learnt a lot about DNA, blood spatter and samples. We found out how to collect finger prints and learnt that our finger prints are all different and never go away.

In the afternoon we held a mock court and many of us played a role. Kate was the judge and when all the evidence was given it was decided that the main burglar Jackie Jackson was to go to prison for 10 years and his helpers Davy Davis and Jamie Jackson went away for 5 years. The cleaner who we found left the window open and was part of the crime got 10 years.

The whole day was really exciting and we learnt a great deal and it encouraged us to look into being a forensic scientist or other science jobs.

By Zac and Elisabeth 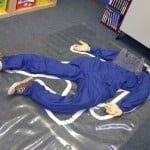 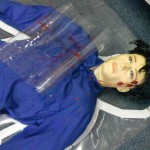 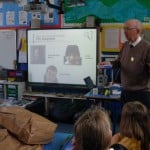 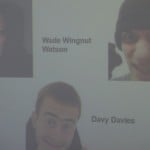 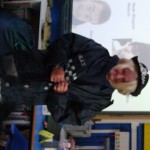 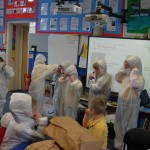 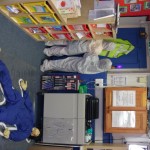 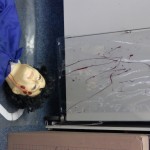 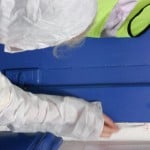 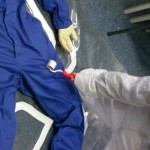 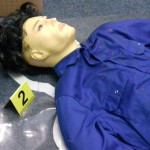 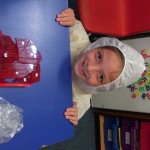 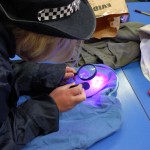 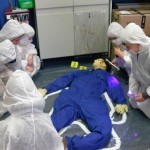 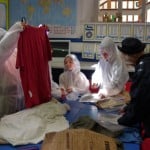 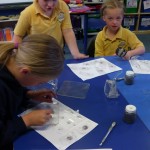 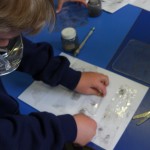 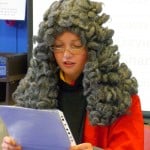 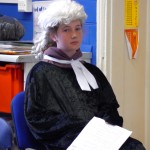 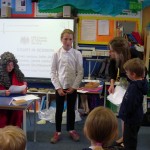 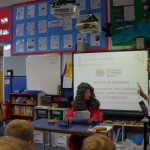 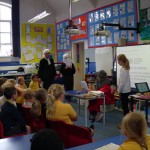 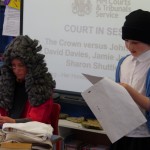 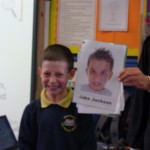