The p factor was brilliant, Joe, Tabitha and Andy Seed were there and they are all famous authors except Tabitha she’s an actor. They were all very kind and made us have more perseverance with our poems. Here are a few of the poems names: Timmy tell tale, I am telling!!! The library, School dinner (by the the way these are our favourites.)

By Jasmine and Ollie

This term we have had the topic of rainforests and in the rainforest there is plants. On the 6th of July John, kindly came in to talk to us about plants. he showed us what bees look for in a flower: smell, taste, look and many more. 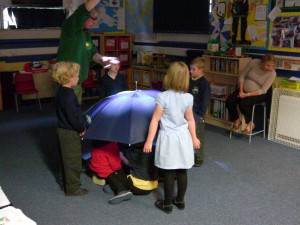 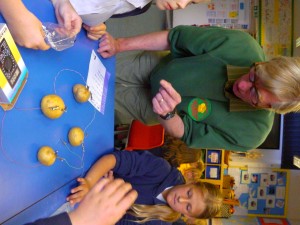 This is the photo!!!

In one of these photos there are four potatoes and if you go and find the post called Potato Power you will find out what they do. The other picture is of the infants doing a game about the light in a flower.

Friday 14th 2016 we made a Lego castle when the rest of the class went to gymnastics it has 4 wach tower . We made an amazing castle. First we did the base for the castle which will be the floor. The order for the outside is red, yellow , blue and white and black missing a block each time. It is 11 bricks tall and the black bricks are 1/3 it has a walkway.We are going to add some  steps and things that might be in a castle. 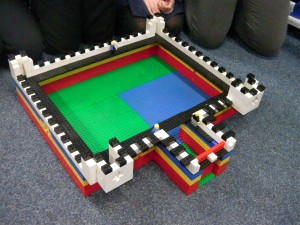 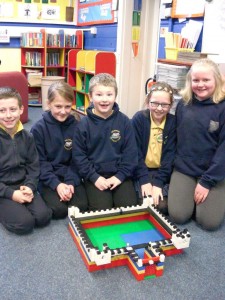 Everybody in the junior class thought of a subject that we have learnt about since September, then we planned a 2 minute lesson about the subject and taught it to the class. It was fun and we also remembered what we had learnt about, it was very interesting.

Everybody in the junior class had two minutes to teach the rest if the class. We all did different topics and most of us used the whiteboard, everyone had to teach something they had learnt about this year and it was incredible what people came up with! The year 3’d learnt all different things including adding decimals and how to write speech. We all probably learnt something new.

Today the whole school came into the junior class to learn about Tim Peake and his space mission to the International Space Station. He is the first British person to go there and will spend 6 months on the station. The children all got to see the blast off live on the European Space Agency live feed. It was very exciting and some of the children were feeling nervous for Tim and his fellow astronauts.

This is what some of the children wrote:

On Tuesday 15th of December 2015 Tim Peake the first British astronaut to go to the ISS]will turn went up to the International Space station and he will be living 400km above Earth on the ISS for the next 6 months. As he will be staying on the ISS for Christmas for Christmas dinner he will be eating a bacon sarnie and he has heard that a Christmas pudding is making its way on orbital. Did you know that Tim is going to run the London marathon in space! He’ll be on a treadmill, with a video of the London streets in front of him. To get water on space they will turn their wee into water!

On the 15th of the December 2015 we watched a clip of the first British astronaut to go to the International Space Station his name is Tim Peake. Tim is hoping to get a bacon sarnie in the morning on Christmas day. he is going to stay up in space for 6 months and will be coming back to earth in June. He did a lot of training before he went to space. Tim is living 400km above the ground. It is bad for you to stay in space because you might lose muscles and that your eyes might go a different shape. Tim is going to run a London marathon. by Emilia

On the 15th December 2015 there’s a rocket going to space with Tim Peake and 2 others. If you stay in space for too long your eyes can wear off and go different shapes. Tim Peake used to be a pilot. In space there is different gravity which means things can float around. by Megan and Laura

Tim Peake has blasted off in a 50m rocket. He is staying in the International Space Station for 6 months! He’s coming back in July. When he blasted off there was a lot of smoke and fire. He is going into space with Yui and Timothy. The rocket has gone very high. There is no gravity in space so they float in the rocket and in outer space. He will miss his family when he is in space.